With the virtual ASCO21 meeting behind us, we can now pause and reflect on the data presented. This year’s program contained a number of exciting abstracts in the kidney cancer space, including potentially practice changing results in the adjuvant setting. In this article, I will highlight some of the most interesting abstracts related to kidney cancer/renal cell carcinoma, including those presented in the poster, oral, and plenary sessions.

Starting with the poster session, there were 3 abstracts exploring different immune-checkpoint inhibitor (ICI) based therapies in advanced non-clear cell RCC. (Abstracts 4509, 4510, 4511) Patients with non-clear cell histology have largely been excluded from the pivotal phase 3 RCTs. As such, there is limited data on the efficacy of ICI treatment in this less common RCC subgroup. Lee et al (abstract 4509) reported the results of a phase 2 single arm trial of nivolumab + cabozantinib in nccRCC. They included patients receiving 0-1 lines of therapy. In cohort 1 (papillary, unclassified, or translocation RCC), the ORR was 48%. In contrast, no responses were seen in cohort 2 which included only patients with chromophobe RCC. Take home points: ICI based strategies are a promising option in nccRCC and therapeutic activity appears dependent on the histologic subtype. Prospective randomized trials are needed to better define the role of ICI in nccRCC.

Another poster highlight was a study presented by Meza et al (abstract 4513) exploring whether modulating the gut microbiome may lead to enhancements in immune-checkpoint inhibitor efficacy. They conducted a small phase 1B (N=30) randomized trial of ipi+nivo vs. ipi+nivo plus a CBM-588 (a live bacterial product containing C. butyricum) in patients with treatment naïve int/poor IMDC risk mRCC. ORR and PFS were both significantly higher in those receiving CBM- 588 (59% vs 11%; P = 0.024, NR vs 11 weeks; P < 0.001).

Take home points: Despite a small sample size and an underperforming control arm, these interesting results highlight a novel mechanism to augment the anti-tumor immune response and warrants further investigation in a larger RCT. Moving onto the oral abstracts, Rini et al (abstract 4500) provided a 42-month update of the KN 426 trial. This trial has previously demonstrated that the combination of pembrolizumab + axitinib improved ORR, PFS and OS compared to sunitinib in first-line mRCC. In the updated analysis, the combination continued to outperform sunitinib, with a 36-month OS of 63% vs. 54% and CR rate of 10% vs. 3.5%. Importantly, 74% of patients in the sunitinib arm received subsequent ICI therapy, supporting the idea that upfront combination may be superior to sequential therapy. Although underpowered, there was no apparent OS difference within the IMDC favourable risk subgroup. Take home points: Pembrolizumab + axitinib remains a standard option in patients with mRCC, on-going follow-up of the favourable risk subgroup will be important.

Next in the oral abstract session, Motzer et al (abstract 4502) presented health related quality of life (HRQoL) data from the phase 3 CLEAR trial. This trial previously demonstrated that pembrolizumab + lenvatinib lead to improvements in ORR, PFS, and OS when compared to sunitinib in mRCC. In this update, the authors compared HRQoL between arms using 3 different instruments. The combination of pembro + len appeared to have similar total/global scores when compared to sunitinib, with some symptom scales favoring the combination. Although it is challenging to compare across studies, it is worth noting that CheckMate 9ER (cabo + nivo vs. sunitinib) and CheckMate 214 (ipi + nivo vs. sunitinib) actually showed improved HRQoL with the combinations. Take home points: Pembrolizumab + Lenvatinib remains another standard option in mRCC. Given multiple first-line treatment options in mRCC, patient reported QOL is an additional feature that can be used to select a preferred ICI combination.

Last but certainly not least, Choueiri et al presented the results of the much-anticipated KEYNOTE-564 trial during the plenary session (abstract LBA5). This was a phase 3 randomized trial comparing 1 year of adjuvant pembrolizumab vs. placebo in patients with resected clear cell RCC. The trial included a range of patients with differing risks of RCC recurrence, including those with fully resected M1 disease (5.8%). The trial met the primary endpoint of DFS with a HR of 0.68 (95% CI 0.53−0.87; P=0.001). The DFS rate at 24 months was 77.3% with pembro vs 68.1% with placebo. Treatment related grade 3-5 toxicity was 19% in the pembro group. Longer follow-up is needed to determine if this impressive DFS improvement translates into an OS benefit. Take home points: This is the first positive RCT of adjuvant immunotherapy in RCC and is certainly an important step forward in the RCC space. Whether these early results are truly practice changing is a matter of debate, as OS improvement remains the gold standard when considering adjuvant therapy. Further research into specific high risk patient subgroups, including biomarkers to better identify these patients, is needed. 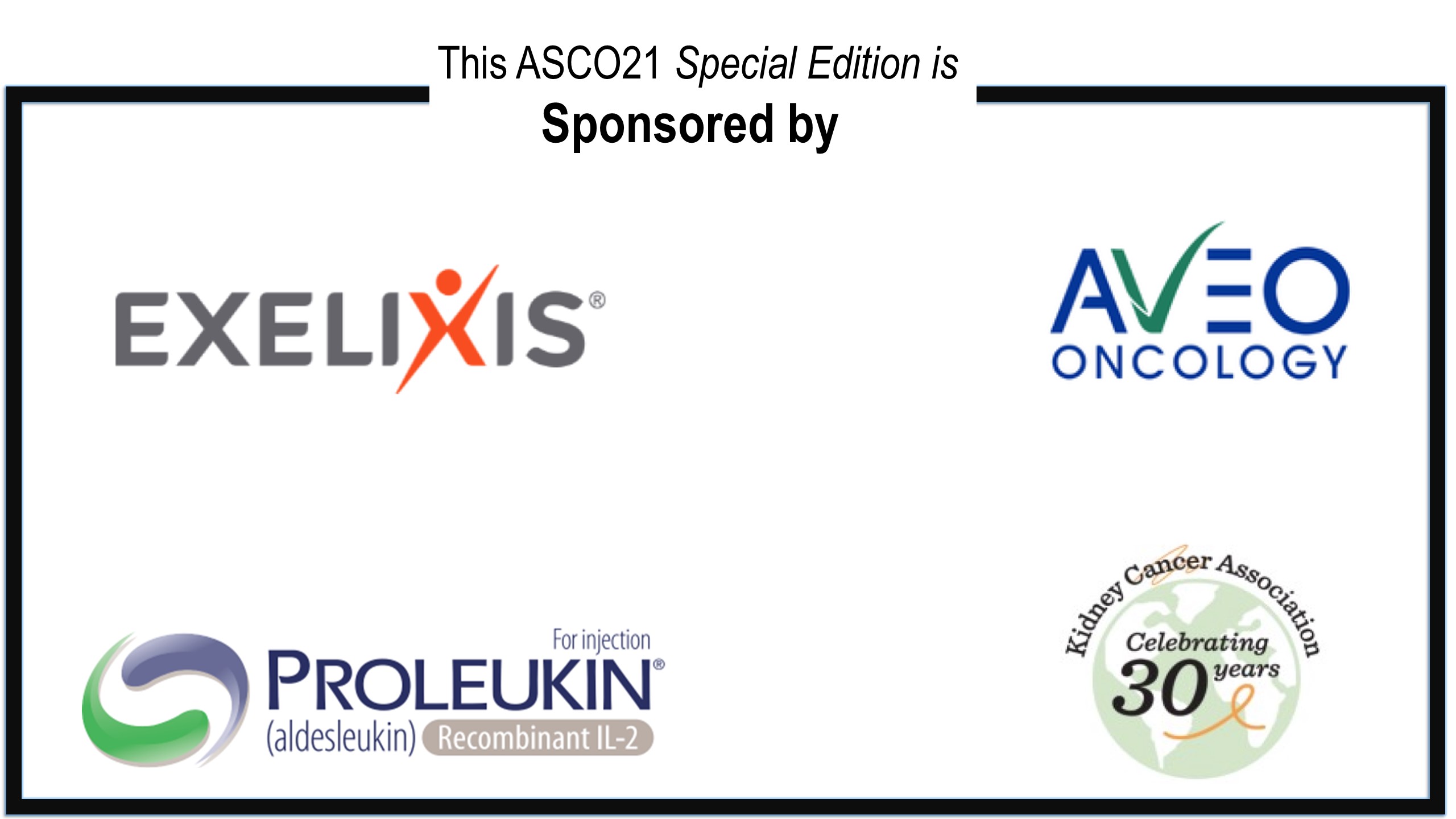 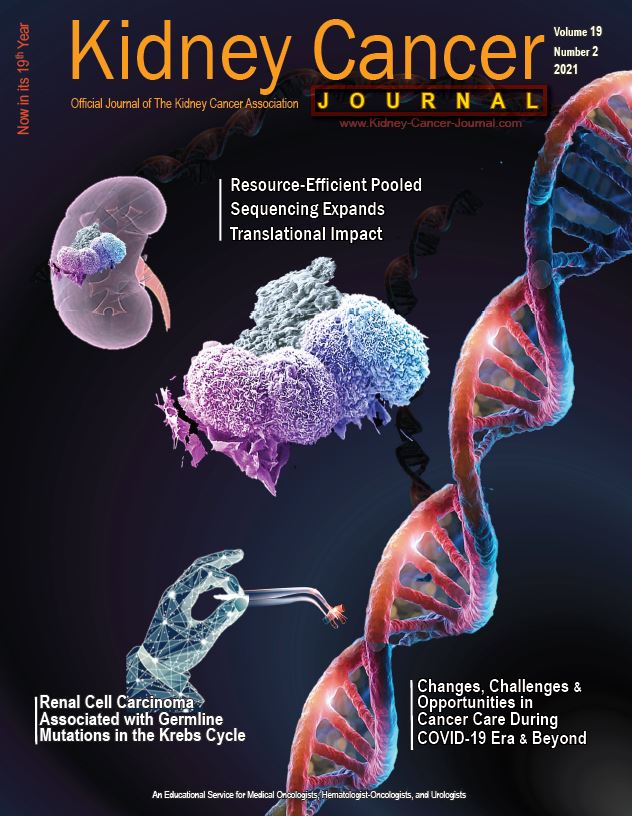